Mercedes Homes Soro Soro enjoys a convenient location just a few minutes off the National Road and close to every day conveniences. Residents are never more than a short ride from major commercial, industrial and government establishments such as SM Hypermart, Nuciti and Bay City Malls, Toyota, PNP and the Caedo Commercial Center. Nearby universities include Batangas State University and The University of Batangas. Nearby medical and general facilities include the United Doctors Medical Center and the Batangas Sports Complex and a Petron gas station.

As far as commuting out of the general area is concerned, Mercedes Homes enjoys an advantageous location only minutes from the Star Toll which connects to the South Luzon Expressway (SLEX) taking residents all the way to Manila.

Mercedes Homes Soro-Soro can be found in a very prime location in Batangas City. Not only can you find the homes in a prime location but in a location that is thriving and that is set to grow immensely in the next couple years. This means great things for your investment as the land value will increase and you will gain equity in your home making it a great investment.

The Mercedes Homes Soro-Soro can be found close to the national highway allowing it to be very accessible. It is also within close proximity to the Batangas State University, the Westmead International School and the Lyceum of Batangas. There are quite a number of industrial and commercial establishments that are within a short drive away from the property. You will also find a number of government institutions and other schools within close proximity as well as some medical facilities so that everything you need is close by. There are plans to complete the surrounding area with recreational and business areas so that eventually a homeowner will have everything they need just outside their home.  There are even plans for a highway which would link the National Road to Mercedes Homes.

Batangas City is known to be the Industrial Port City of Calabarzon. It is also considered to be one of the most competitive cities in the Philippines today. It has over 324,000 inhabitants and has been a city since July 23, 1969. The area is a hub for commercial activities, trading activities and industrial activities. The city has been noticed as an area for Regional Agro Industrial Growth. There is even a special economic zone that was mandated in 1995 by the Medium Term Philippine Development.

Being a capital city Batangas City is one of the top revenue earning cities of the Philippines and it is also home to the largest refineries in the nation. The city is also home to the three first power plants to use natural gas. These power plants offer a capacity of 2,700 megawatts of power combined. You can find this just 108 kilometers to the south of Manila.

The city of Batangas features a fine harbor that is the alternate port to the port of Manila. It is an international port providing the city with a lot of business and revenue. The city is also very blessed with many historical places and marine resources. The land is very fruitful with many fresh fruits growing easily. There are many chances for economic and social advancement in the city of Batangas so it is definitely a great place to make your new home.

This area is definitely a rich area and a great place to invest in your new home. You will not be disappointed when you choose to make the Mercedes Homes Soro-Soro your home as it is located in one of the best and brightest upcoming areas in the Philippines today. And since the city is still being developed entry prices are still very affordable but you are certain your investment will grow in value as the years go by. 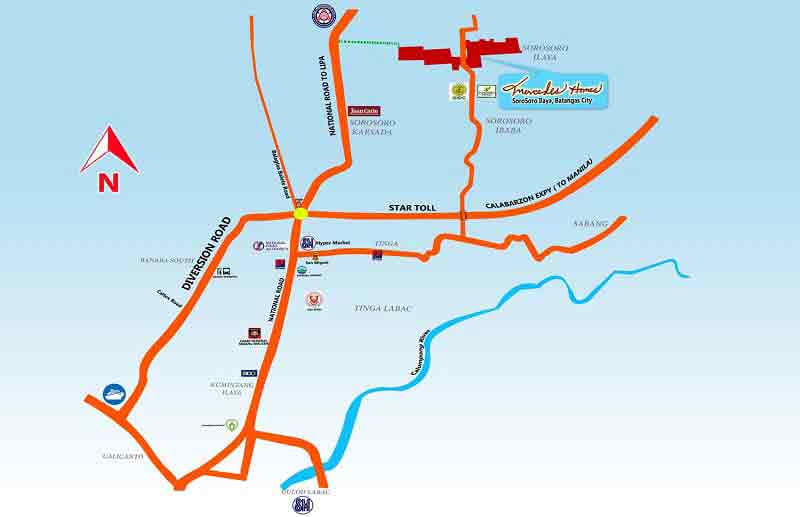